The Pursuit by Janet Evanovich and Lee Goldberg | Fox and O’Hare #5
Romantic Suspense
Published on June 21st, 2016
ARC from Netgalley 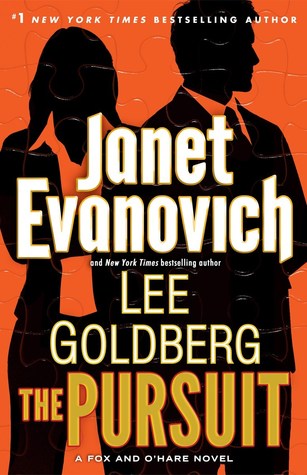 Nicolas Fox, international con man, thief, and one of the top ten fugitives on the FBI’s most-wanted list, has been kidnapped from a beachfront retreat in Hawaii. What the kidnapper doesn’t know is that Nick Fox has been secretly working for the FBI. It isn’t long before Nick’s covert partner, Special Agent Kate O’Hare, is in hot pursuit of the crook who stole her con man.

The trail leads to Belgium, France, and Italy, and pits Nick and Kate against their deadliest adversary yet: Dragan Kovic, an ex–Serbian military officer. He’s plotting a crime that will net him billions . . . and cost thousands of American lives.

Nick and Kate have to mount the most daring, risky, and audacious con they’ve ever attempted to save a major U.S. city from a catastrophe of epic proportions. Luckily they have the help of an eccentric out-of-work actor, a bandit who does his best work in the sewers, and Kate’s dad, Jake. The pressure’s on for Nick and Kate to make this work—even if they have to lay their lives on the line.

If you’re looking for a good time, the books in this series do not disappoint, and that includes The Pursuit. While it wasn’t quite as action-packed as previous installments of Fox and O’Hare, it was still enjoyable. I think my favorite part of this series is Nick Fox’s dry sense of humor, and his ability to fit in anywhere. He is hilarious, and he and Kate together are a breath of fresh air. What I find surprising is how much of a chameleon Nick is. I mean, he’s a swindler and a con, so I knew it to some degree. But because he has always been solo, I think maybe I expected him to be more alpha than he is. But his is a man who can go from alpha to beta at the drop of a hat. But that doesn’t mean (even in beta mode) that Nick doesn’t have tricks up his sleeve.

At this point, there really isn’t a lot to say about the characters that I haven’t already said in previous reviews. I like both Nick and Kate. Kate going against her training, and sometimes, her instincts really keeps me in stitches. It’s so much fun seeing this straight-laced FBI agent giving into a dark side that she didn’t know she had. And I think, as the series continues, we may even see Kate become a little darker. Because conning is fun, and Nick is just that charming. Not gonna lie – I love that they’re banging now, even if it mostly takes place off the page. They have so much chemistry it’s hard to imagine them not being able to give in. And I love how Nick is all about the finer things in life, but for Kate, it’s convenience and what’s cheap. They really are an unlikely pair. As always, I loved the appearance of their motley crew in this one, especially Kate’s dad. I love how extreme he is, and the preoccupation with rocket launchers in this one was hysterical.

There were some parts of this story that felt a bit dragged out to me. There was a lot of info dump in this one about the logistics of the con, and I could have done without some of that. I will also say that since I have been with this series since (almost) the beginning, I think I have an advantage over someone who is reading them back to back. Much like the Plum books, these stories are very formulaic. Once or twice a year is perfect, but I think if I was trying to bang these out one after the other, I might eventually lose interest.

This was the first installment of the series that I listened to, and I really enjoyed the narrator for this one. I’d tried to listen to previous books, but the narrator just couldn’t keep my attention. Maybe it’s because I ‘know’ the characters more now and can picture things more vividly, but for whatever reason, this one worked in audio for me. In fact, the narrator gave Nick even more of a playful demeanor that I picture when I’m reading him, and I liked it.

The Pursuit was a fun read, and if you’re a fan of the series, you really can’t let this one pass by without reading it. 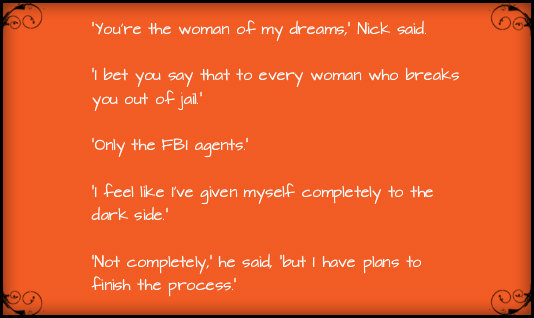 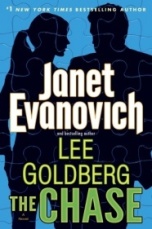 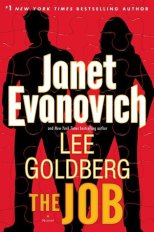 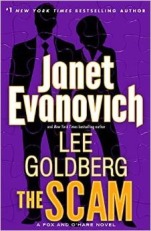 The ‘Quote-tastic’ review meme is brought to you by Anna from Herding Cats & Burning Soup. This is a meme she posts on Mondays, and I’m excited to jump in on this again today and share some of my favorite quotes from The Pursuit!

The most wanted man in Belgium wasn’t thinking about who might be pursuing him. He was enjoying a croissant, a selection of fresh fruit, a yogurt, and a hot cup of coffee in his leather seat in the first-class compartment of the Thalys high-speed train to Paris. He’d arrive at Gare du Nord station in forty minutes. This, Nicolas Fox thought, was the civilized way to break out of jail.

“Let me get my tourist essentials and we’ll go.” Kate removed a Glock and a combat knife from her suitcase. Nick had acquired them for her from his disreputable sources before they left France. She put the wrinkled blue blazer on over her blouse to hide her gun and slipped the knife into an ankle sheath. Nick was wearing a perfectly ironed white linen shirt and tan slacks. “Nice shirt,” Kate said.

He tugged on one of his sleeves. “Handmade by Jean Philippe, Singapore.”

“You’re willing to play the long game,” Kate said. “On the surface you seem like a spontaneous kind of guy, but you actually have a lot of patience.”
“You noticed.”
“Hard not to.”
“You’re referring to my expertise as a master criminal, right?”
“Of course.” Nick grinned and Kate grinned back.
“There are other times when patience comes in handy,” Nick said.
“Are you bragging?” Kate asked.
“Just saying.”

11 thoughts on “Quote-tastic 3.5 * Review | The Pursuit by Janet Evanovich and Lee Goldberg”