Today on Books & Beauty Are My Bag, my friend, Shanna joins me as we discuss popping our Fever cherries. (We held out for a long time!) We knew starting this series was going to be an adventure, so we kept putting it off hoping for the perfect time to binge the entire series. Well, that never happened, so we decided to just dive in and fly by the seat of our pants! Please keep in mind before reading our discussion that we haven’t made a huge effort to avoid spoilers as we’re pretty sure we’re the only two readers on the planet who haven’t read this series! So if you haven’t read this series and want to avoid spoilers, you may want to avoid this review.

When MacKayla’s sister was murdered, she left a single clue to her death, a cryptic message on Mac’s cel phone. Journeying to Ireland in search of answers, Mac is soon faced with an even greater challenge: staying alive long enough to master a power she had no idea she possessed – a gift that allows her to see beyond the world of man, into the dangerous realm of the Fae.

As Mac delves deeper into the mystery of her sister’s death, her every move is shadowed by the dark, mysteriou Jericho…while at the same time, the ruthless V’lane – an alpha Fae who makes sex an addiction for human women – closes in on her. As the boundary between worlds begins to crumble, Mac’s true mission becomes clear: to find the elusive Sinsar Dubh before someone else claims the all-powerful Dark Book – because whoever gets to it first holds nothing less than complete control both worlds in their hands.

Shanna: DarkFever was an unexpectedly awesome ride into a whole new world. Now, I have to say my faery repertoire is very limited, as in the only other faerie book/series I remember encountering is from the Sookie Stackhouse books, so I was skeptical, I am so happy that you forced me to read this one (just kidding I was a bit willing).

Angie: Oh, Shanna. You were tickled pink to read this with me! I don’t think I’ve read anything with the fae before, and to be honest, if it wasn’t for the rave reviews this series has gotten, I wouldn’t have picked this one up.

Shanna: The first thing I have to say is that though she’s a bit ditsy (at least in the beginning,) I really like Mac. There is something beautiful about how cheerful and optimistic she remains in this books and how she constantly dresses the part as well. I also really enjoyed how wise she was; it was clear that she was taking in many of lessons that life was literally dropping on her.

Angie: Oh, yeah. Mac had a heap of things dumped into her lap, and she dealt with it more gracefully than I could have, that’s for sure! I loved her. I didn’t think she was ditzy; if I was suddenly dropped into a faerie world, I would go kicking, screaming, and denying. I do love that she was all about being a woman. I wish I’d discovered this series sooner so I could have a collection of all those retired nail polishes she goes on about! I also love how single minded Mac was. How no matter what happened, she kept her head about her and focused on what she’d come to Dublin to do – solve her sister’s murder.

What did you think of Barrons?

Shanna: Jericho Barrons is one of the most mysterious and intriguing of the leading men I’ve met. I finished the entire book, and for some reason I feel like I know Barrons less now than at 50%. He truly is an enigma, and what girl doesn’t love that in a leading man? (At least I think he’s the leading man, I’m not positive yet.)

Angie: He hasn’t won me over, and he has a long way to go before he does. I didn’t particularly like him, but I’m also not sure I’m supposed to. And I agree – I feel like I know less about Barrons now than at any point throughout the book. What the heck is the deal with him and the Shades, man?!??!

Shanna: I really enjoyed the writing style as well. I loved that so many assertions were made to the future, and the lessons that Mac would be learning, that things were not as they seemed. I enjoy having an idea of what would happen. Miss Moning uses the craft of implying about future actions, and future happenings and it’s really unique and for me, at least, wonderful. I also enjoyed the imagery in this book, I think that the city of Dublin was so well described I could actually walk the streets, feel the fog and rain, and sometimes smell the smells. I think that this is a unique trait in writing, and it made the book that much more enjoyable, especially a fantasy book.

Angie: I thought the imagery was great. And she did what I appreciate – she gave us enough to fill in the bare bones, but left enough wiggle room for the reader to make this world belong to them. I love it when an author manages to do that.

Yeah, there was a lot of foreshadowing in this one, but with so many more installments, there would have to be!

Shanna: Overall, I thought this was a great start to brand new series. I look forward to the upcoming books, because I really feel like there are so many places to go in this new world. And I would love to go there with Mac and Barrons, there are lots of questions that I still want answered most importantly… what happened to Alina? And so many more that I can’t say due to spoilers.

Angie: I thought it was a decent start, but I think we got a lot of information, The pace was pretty much non-stop, and since there is so much meat to this world, there’s a lot for the author to work with, and like you said, so many places to go. But I’m prepared to stick it out for the long haul! 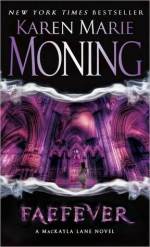 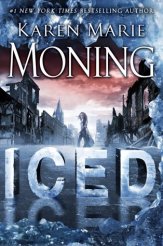 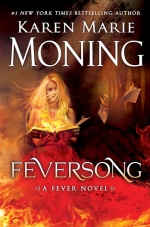