Santino Hassell sat on my to be read pile for a long time before I picked anything up that he’d written. I am kicking myself now, because I was missing out on some really good reads.  His books are brimming with emotion and brokenness (why do I love brokenness so much?) and they’re impossible to put down. I haven’t been this excited about an author in a long time.

If you haven’t read his books yet, this is the perfect time! Concourse, the fifth book in this series will be out May 1st, and we’ll finally get to meet Ashton and the man he gives his heart to. Let’s learn a little more about Ashton with another tidbit… 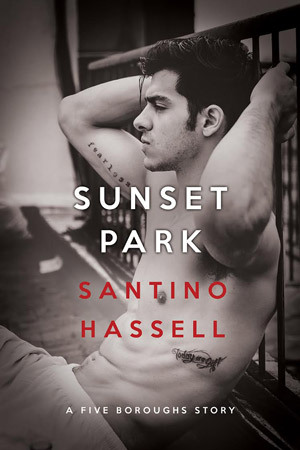 Raymond Rodriguez’s days of shoving responsibility to the wayside are over. His older brother wants to live with his boyfriend so Raymond has to get his act together and find a place of his own. But when out-and-proud David Butler offers to be his roommate, Raymond agrees for reasons other than needing a place to crash.

David is Raymond’s opposite in almost every way—he’s Connecticut prim and proper while Raymond is a sarcastic longshoreman from Queens—but their friendship is solid. Their closeness surprises everyone as does their not-so-playful flirtation since Raymond has always kept his bicurious side a secret.

Once they’re under the same roof, flirting turns physical, and soon their easy camaraderie is in danger of being lost to frustrating sexual tension and the stark cultural differences that set them apart. Now Raymond not only has to commit to his new independence—he has to commit to his feelings for David or risk losing him for good.

I was hooked from the moment I picked up Sunset Park. I loved David and Ray’s version of a  platonic relationship and the feeling of family with Raymond, Michael, and Nunzio. There was also a lot of hilarity in this book, and when I was jotting down my notes for this read, I wrote ‘this book was freaking hilarious, and I can’t even tell if it means to be.’ Well, after reading the entire series, it’s clear how intentional this author is with his characters and plots. Ray’s internal dialogue is awesome, and I love being in this man’s head. He has a sarcastic outlook on everything.

I love how laid back Raymond is in this book. Seeing David through his eyes for the first few chapters, it appears as though David has his life together. He’s constantly jumping in to defend Ray when Michael is short with him, his thought process seems so logical, and he has a way with wording things. We get that David for three chapters. Then we get David’s POV, and it’s not long before you realize what a hot mess the man is. And high maintenance – I don’t think there’s anyone on this planet who is more high maintenance than David is. I adore that part of him, and that makes his dynamic with Ray so entertaining. It can be hard sometimes for Ray to see where David is coming from, and vice versa, but I love that they try so hard to do that for each other. I think my favorite thing about David is how loyal he is. I have a feeling having David for a friend is a bit like joining the mafia – once you’re in, it’s for life. He was very comfortable with his sexuality and didn’t care what anyone thought about it, but when it came to Ray’s friends, he wanted them to like him so much. I love that he was constantly trying to do nice things for Ray. I re-read this book (what hardship, right?) for my review, and it is so funny to see how David acts. It’s like he was having a romantic relationship with Ray before Ray was even aware. David and Ray were combustible together from the beginning, and holy hell was there a Grindr scene that kicked that into overdrive. They were so damn sexy together. David could run hot and cold, but I get that. He was scared because Ray wouldn’t come out to his friends, and he didn’t want this relationship to fall apart right on the heels of already being hurt by his ex. They both grew a lot in this book and learned to make better decisions for themselves and each other, but these men have a long way to go.

After reading about David in Sutphin Boulevard and how logical he was, it’s even more clear now how torn up he was about Ray in this one. And while you can definitely read Sunset Park as a stand-alone, I think you’ll kick yourself once you go back and read Sutphin Boulevard. (I know I did.) It’s essential to read book one if you want a full grasp on how much Ray has matured. He’s hot-tempered and I imagine he’ll always be, but he’s better able to reflect on what was wrong and why.

Sunset Park was a phenomenal read. Every aspect of this story (and the series) is so well thought out. I don’t think I’ll ever get enough of this author’s voice.

Narrator: I already knew I loved this book, but the narrator for this one, Michael Ferraiuolo, brought even more life to this story. I felt like he had such a good grasp on who these characters were. He had great intonation, and I’d buy a book specifically because he narrated it. 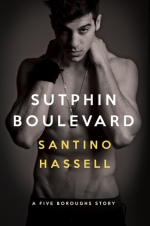 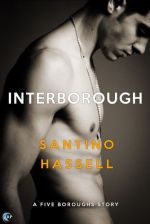