When unrequited love leaves Dylan Hart sleepless and nursing his wounds, instinct draws him to the one place he’s found mindless respite in the past—Lovato’s. It’s a place for every fantasy — for crazy-hot encounters — where a night of insane NSA sex brings relief to Dylan’s fragile feelings.

It should be a perfect escape, and for one magical night it seems that way, but then worlds collide, and reality bites when his hookup desperately needs a friend. Surely Dylan can’t trust his instincts when friendship has bruised his heart so badly before?

The deck is stacked against former ballet dancer Angelo Giordano ever finding real love. At least visiting Lovato’s offers respite from a life defined by illness; a glimmer of light in the dull grey of his so-called life without dance. But then he encounters Dylan — a glorious ray of the brightest sunshine — who makes his heart pound once more with purpose.

Angelo’s mind is blown by this man, but the disease that ended his career won’t let him bask in new love. He’s drowning, and Dylan can’t save him while insecurities swamp them both. The only way to make it means confronting their demons.

If Dylan can turn his back on the past, and Angelo can face his uncertain future, maybe they can chase their dreams together.

Dream kicks off Garrett Leigh’s new series, Skins, and let me just say – this series starts off with a bang. Literally. And it’s a hot one at that! Now I’ll say what I always say with a Garrett Leigh book – be prepared for angst and heartbreak. In this particular book, both characters bring angst into their relationship, and it makes for a very rocky start for the pair. Dylan and Angelo meet via an anonymous hook up in a club – though things turn not quite so anonymous when Angelo feels an immediate spark and demands to know Dylan’s first name. It’s not long after that when Angelo and Dylan encounter each other again in their personal lives, and things take off from there. Like I said, Dylan and Angelo are pretty angst-y from the get-go. Dylan is getting over being sort-of dumped, and Angelo is battling an illness that stole his career out from underneath him. So while I do feel like the love in this book was more slow-burn than insta-love (though really it’s somewhere in between,) the physical connection between the characters was instant. And it was sexy as hell – definitely the sexiest book I’ve read from this author. Our main characters are both experiencing what I’d call an ‘early life crisis,’ Angelo more than Dylan, and they’re the bright spots in each others lives. I will say one of my favorite parts of this story was seeing Angelo’s illness through Dylan’s eyes. Dylan had done his research and had a ‘textbook’ understanding of what Angelo was going through, but it quickly became clear that Dylan wasn’t as enlightened as he thought. I love that he was willing to listen when someone pointed that out, and that he was willing to admit it. Dylan’s father was a great addition to the story. I love how his part in Dream was just so matter of fact, and that he was such a sort of ‘just there’ character, but came out with one of the most hilarious lines in this book.

I really loved  how Dylan and Angelo found their way together,  how they had to really really work to understand each other. Things were hard, but they both just knew that it was worth it, and I think it bodes well for their future. I will say that I feel like there was an element of Dylan’s anxiety that was left unexplored. Not because I think anxiety needs a reason, just that I felt like we were being led there and then never were.

Overall I really enjoyed Dream, and after reading about one of the characters in particular that Angel and Dylan ‘met’ in this book, I can’t wait for more! 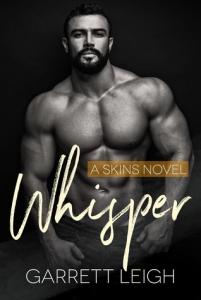 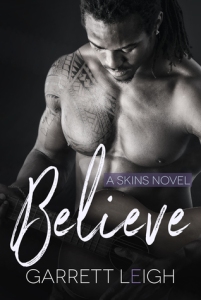