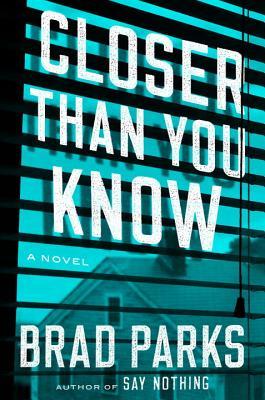 Disaster, Melanie Barrick was once told, is always closer than you know.

It was a lesson she learned the hard way growing up in the constant upheaval of foster care. But now that she’s survived into adulthood–with a loving husband, a steady job, and a beautiful baby boy named Alex–she thought that turmoil was behind her.

Until one Monday evening when she goes to pick up Alex from childcare only to discover he’s been removed by Social Services. And no one will say why. It’s a terrifying scenario for any parent, but doubly so for Melanie, who knows the unintended horrors of what everyone coldly calls “the system.”

Her nightmare mushrooms when she arrives home to learn her house has been raided by sheriff’s deputies, who have found enough cocaine to send Melanie to prison for years. The evidence against her is overwhelming, and if Melanie can’t prove her innocence, she’ll lose Alex forever.

Meanwhile, assistant commonwealth’s attorney Amy Kaye–who has been assigned Melanie’s case–has her own troubles. She’s been dogged by a cold case no one wants her to pursue: a serial rapist who has avoided detection by wearing a mask and whispering his commands. Over the years, he has victimized dozens of women.

Including Melanie. Yet now her attacker might be the key to her salvation . . . or her undoing.

It only took a glance at the blurb of Closer Than You Know for me to realize how hard this book was going to be to read. Anytime a mother and a child are separated, for whatever reason, I know it’s going to be a heart-wrenching read.

Melanie Barrick goes to work one day, assuming everything in her life is fine – until she goes to her son’s daycare after work to pick him up only to find he’s been taken by Social Services. And with that, we’re thrown into Melanie’s shoes. Growing up in foster care, all she ever wanted was a stable home with a white picket fence, and Melanie thought she’d found it. I will say the fact that Melanie grew up in foster care herself and knows what it is like added another layer of heartbreak for me. It shredded her to know her son was going through the same thing – and for who knew how long? But this is just the beginning for Melanie; the hits keep on coming against his poor woman right until the very end of this book. I won’t say that parts weren’t predictable, but there were parts that I did not see coming, and no matter what was going on, I was invested in this story and could not put it down.

This story was told from multiple perspectives, all of which I found interesting, and I think that made the book just fly by for me. It was Amy Kaye’s perspective I enjoyed the most. She was working on another case alongside this one, and it was fascinating the way the cases wound together in more ways than one. There were a few standout characters in this book: Bobby Ray – I really enjoyed the progression of this acquaintanceship and the way Melanie and Bobby Ray found common ground (as devastating as it was,) and were able to work together despite their differences, a prison guard where Melanie was being held – I like how this person seemingly came out of nowhere and was there for Melanie when she had no one, and her lawyer – what a great about-face with that character.

There were a few inconsistencies in this story – for one, why did the police only focus in on Melanie and not her husband when the drugs are found in their home? Admittedly, I read this in another review on Goodreads, but it was a solid point and one that wouldn’t leave my mind once I read it. Also, Melanie held on to information that should have been tossed right out there, and I couldn’t understand why. And lastly, I would expect someone who finds their child has been taken to be much more frantic and persistent than Melanie was.

Despite those things, I loved his book. As sad as this story was, it was also heartwarming. Melanie had people in her corner that she had no idea about, and had I not been sneak-reading at work, I’m sure I would have been crying reading it.

This book built steadily toward its climax, but the end, the very end was such a simple, unimpressive moment in time for everyone but our main character. I won’t say anything for fear of spoiling, but it was just so perfect. It makes me think this is woman who will never take anything for granted.

It’s rare that I find a thriller I like so much, and before I was even done Closer Than You Know, I was on Goodreads to see if Brad Parks had a back list. Thankfully, he does. And you better believe I’ll be diving into it.