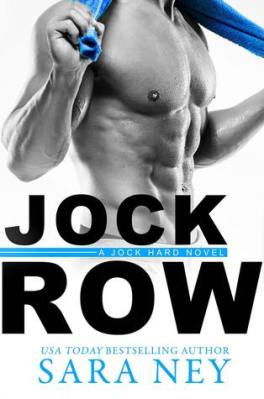 Scarlett is always the sensible one: The sober driver. The planner. The one holding your hair back while you’re worshiping the porcelain gods.

Week-after-week, she visits Jock Row with her friends—the university’s hottest party scene and breeding ground for student athletes. And if keeping her friends out of trouble, and guys out of their pants, was a sport, she’d be the star athlete.

Being a well known jock-blocker gets her noticed for all the wrong reasons; just like that, she’s banned from Jock Row. NO GUY WANTS A GIRL AROUND WHO KEEPS THEIR JOCK FRIENDS FROM GETTING LAID.

“Rowdy” Wade is the hot shot short-stop for the university’s baseball team—and the unlucky bastard who drew the short straw: keep little Miss Goody Two-Shoes out of the Baseball House.

But week-after-week Scarlett returns, determined to get inside.

Jock Row is the first full installment of Sara Ney’s Jock Hard series, and this was a sweet and fun read. Heads up going into this – there is zero drama here. I’m not saying this book lacks depth, because it doesn’t. I’m just saying that for the New Adult genre, Rowdy and Scarlett are two well-adjusted and easygoing characters.

Rowdy and Scarlett meet essentially because Scarlett is the ultimate cock-blocker. Never mind that she’s not really aware she’s doing it. The entire scenario where she is was hilarious, and the events leading up to Rowdy being tasked with ‘taming’ her were so entertaining. But not nearly as entertaining as their Friday nights spent on the porch because she’s been banned from entering the house. I really enjoyed their Friday nights. It was time spent getting to know one another, and Scarlett and Rowdy were both serious and sweet about things in their own ways. They were really taking note of who the other person was, what their likes and dislikes were, and filing them away for future use. It was, to use my overused word in this review. Incredibly sweet. As for Rowdy, I loved his thirst for Scarlett, and how he was unabashed about it. He wasn’t outright crude, and it wasn’t just lust. He genuinely enjoyed her company and had no interest in fighting what he was feeling. Neither did she, and in this genre, that is so refreshing. Something I learned while reading this book – one of my favorite things in New Adult, because it’s so rare, is a functional family. We see a lot of Rowdy’s in this one (probably why I gravitated towards him as a character more than I did Scarlett,) and they were so much fun.

Again, not much drama here, but there was one Friday night where Scarlett didn’t show up, and she doesn’t let him know. Presumably because she doesn’t have his number, but as her friends attended this party, it veered way into contrived territory. The could have relayed the message, making this scene pretty pointless. On top of that, this episode was not at all indicative of Scarlett’s character, and it felt like the author dropped the ball here.

All in all, I really enjoyed Jock Row. Scarlett and Rowdy were so much fun to read about, and their drama free story felt very different. If you’re looking for a light-hearted New Adult read, the buck stops here!

Audio: I loved the narrators in this one. I feel like they captured the essence of the characters, and I liked the voices they used for all of the characters. Ava Erickson is a favorite of mine anyway, and I think Josh Goodman, who also narrates Sara’s Douchebag series, could fast become one! 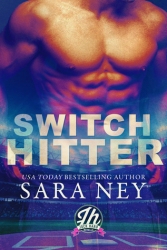 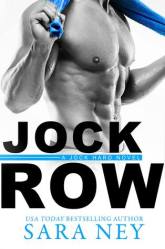 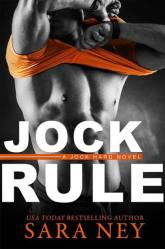