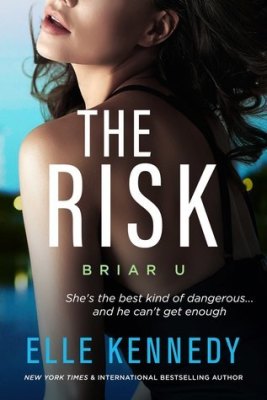 Everyone says I’m a bad girl. They’re only partly right—I don’t let fear rule me, and I certainly don’t care what people think. But I draw the line at sleeping with the enemy. As the daughter of Briar’s head hockey coach, I’d be vilified if I hooked up with a player from a rival team.

And that’s who Jake Connelly is. Harvard’s star forward is arrogant, annoying, and too attractive for his own good. But fate is cruel—I require his help to secure a much-coveted internship, and the sexy jerk isn’t making it easy for me.

I need Connelly to be my fake boyfriend.

For every fake date…he wants a real one.

Which means this bad girl is in big trouble. Nothing good can come from sneaking around with Jake Connelly. My father would kill me, my friends will revolt, and my post-college career is on the line. But while it’s getting harder and harder to resist Jake’s oozing sex appeal and cocky grin, I refuse to fall for him.

That’s the one risk I’m not willing to take.

As I embark on my third re-read of The Risk (and that’s just in audio; I’ve also read this book in print,) I figure it’s time to review this format. But let’s start with just the story. Seriously – New Adult has never been so much fun! From the outset of this book, Brenna and Jake’s banter is established, and you just KNOW you’re in for a fun ride. I was head over heels for this book from the moment I started it. From Brenna and Summer’s friendship to Brenna and Jake’s sexy encounters, it seems like Brenna is the kind of person who can have amazing chemistry with everyone, even when she doesn’t want to. And that makes from some hilarious scenes.

If you started this series with The Chase, then you know Brenna and Summer’s friendship started at the beginning of that book, and it’s gained so much traction, they’re now BFFs. What I love about this friendship is that Brenna and Summer have as much in common as they don’t have in common. They are nothing alike, but adore each other just the way they are and are always there for each other. And Summer – she is SO NOSEY! She is the nosey friend, and I love her for that, because I am also the nosey friend who loves to know what’s going on. Brenna’s relationship with her dad made my heart ache, especially when everything came to a head. His vision of her was so narrow; he just couldn’t see her for the young woman she’d become. It was clear he was trying to protect her from herself (even if she didn’t need to be,) while protecting his heart at the same time, and it was pretty freaking devastating because Brenna couldn’t see that. (Nor would I expect her to.) But this brings me to another point; I really like that we get to see Brenna after she’s already experienced so much growth and made so many changes in her life. She’s been through some really tragic events, and come through them a stronger person. Her dad just couldn’t see that, and even as an adult, I found that to be so relatable. As for Jake, I loved his character. He won my heart from the very beginning when he was looking out for his bud. (And, ultimately, his team.) I also loved the way he thought about Brenna. ‘Smokeshow’ was one of the words he used to describe her, and I loved that he was so crazy about her. But while he was persistent and sexy, he was gentle with her in all the ways she needed, even if neither of them knew it. I will say, this is some of the steamiest steam I’ve ever read in New Adult, and oh. My God. It makes me even more excited for Hunter’s book. And the sex. I want ALL THE SEX!

As for secondary plots in this book, Hollis and Rupi’s relationship was so brilliantly written. It was so unique and fun, and honestly. If I don’t get a full story for them, I’m going to feel robbed. My only gripe with this book is Jake’s friend Hazel. The direction the story took was so predictable, and I just wish the author had gone another way with it.

Overall, I thought The Risk was amazing, and I love Elle Kennedy’s writing so much. At this point, she is at the top of my New Adult Author auto-buy list. (I’ve also binged the Off Campus series recently, so be on the lookout for those reviews!) She knows how to write feel good New Adult with a twist, and all it does is make me want more. If you haven’t started the Briar U series yet, you’re really missing out. Catch up now before Hunter’s book comes out!

About the audio: This was my first time listening to Virginia Rose’s narration, and she really knocked it out of the park as far as I’m concerned. She was the perfect Brenna; I felt like she really ‘got’ this character, and it came through when I was listening. As for Teddy Hamilton – let’s be real. The guy excels at any character he narrates, and sexy Jake was no exception. These are both narrators I’m not going to think twice about purchasing audiobooks from.

*In the interest of disclosure, I feel I should add that I originally received this for review from the author. As it’s a story I knew I’d read over and over again, I purchased it myself from Audible. 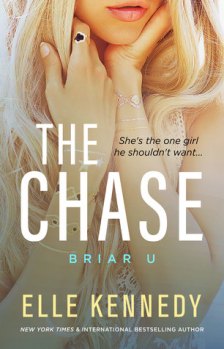 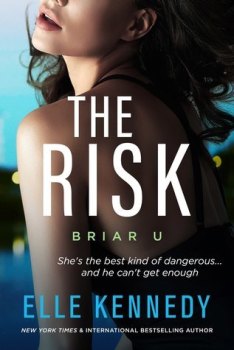 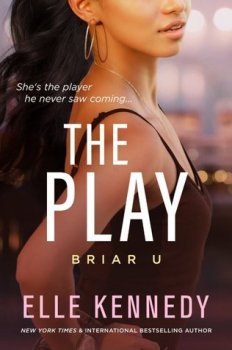