Everything has a price…

Railway magnate Tom Severin is wealthy and powerful enough to satisfy any desire as soon as it arises. Anything—or anyone—is his for the asking. It should be simple to find the perfect wife—and from his first glimpse of Lady Cassandra Ravenel, he’s determined to have her. But the beautiful and quick-witted Cassandra is equally determined to marry for love—the one thing he can’t give.

Severin is the most compelling and attractive man Cassandra has ever met, even if his heart is frozen. But she has no interest in living in the fast-paced world of a ruthless man who always plays to win.

When a newfound enemy nearly destroys Cassandra’s reputation, Severin seizes the opportunity he’s been waiting for. As always, he gets what he wants—or does he? There’s one lesson Tom Severin has yet to learn from his new bride:

The chase for Cassandra’s hand may be over. But the chase for her heart has only just begun…

Chasing Cassandra is the sixth book in Lisa Kleypas’ The Ravenels series, and if you’re a long time fan, you’ve probably read the stories leading up to this one. If you want to jump on here, you’d be able to follow this series, but as with most series about a close knit group of people, you’ll learn more about their personalities and relationships if you start from the beginning. The payoff will me much more satisfying particularly with the hero, who most authors tend to surround with a bit of mystery to hook you. And boy was I hooked with Tom Severin! I wanted to know so much more about him. My favorite part of this story was easily the tone. There was such a sweetness about it that left me swoony, and just like Cassandra, I was smitten with Tom. I just love a hero who is charming and kind-hearted but doesn’t realize it; I lap it right up. And Tom, with his five feelings and off-kilter roguish charm was the perfect hero. Every time he got a new feeling, I was left in stitches, and Tom’s confusion only made him more endearing.Cassandra was a wonderful match for him. She saw everything in him that he was blind to, and I love how persistent she was about those qualities she knew were a part of him. She was so kind, and I like that that part of her spoke to him. And I am always so thrilled when someone who’s never had the experience of a loving family is brought into the fold. I love that Tom will have that now, and that Cassandra gets to give that to him.

I loved the event that brought Cassandra and Tom together – not that it happened; that was devastating, but Tom’s response to it and his willingness to be there for her. And in such a dramatic way. It really showed how much he cared for her. I especially adored their ‘negotiations.’ That Cassandra had heard such cutthroat things about Tom, but he gave her another side of himself entirely made me love him even more.

I was, of course, giddy to get to visit with The Ravenel clan again, but it was Bazzle who stole my heart the most in this installment if we’re talking about secondary characters. He brought out so many facets of the people he came into contact with, and I love when a new character can do that. My only issue with this story was the ending. I feel like once it hit 77%, nothing of consequence happened, and anything after that point felt gratuitous. There were a few blips in the road, but nothing major enough that I thought would shape Tom and Cassandra’s relationship in the long term. And there was one thing that was a bit far fetched, but with Tom not being part of the nobility, I guess it’s a bit easier to swallow. The bigger issue, for me, is the cover of this book. While I think it’s absolutely stunning, it’s not reflective of what I read about Cassandra. I realize that overweight in those days vs. overweight now are two very different things, but in what world is the woman on the cover of this book overweight? She’s not even voluptuous, and I think it’s too bad. A fuller figured woman on the cover would have been more indicative of the heroine, particularly since it’s something that weighs on her mind a lot and that Tom so thoroughly enjoys about her.

Having said that, I loved Chasing Cassandra. I find so much joy getting swept away inside of a Lisa Kleypas novel. She really lives up to the genre; there is romance galore to be found in these pages, and it’s such a delightful story. I don’t know what the author has up her sleeve next, but I do know that I’m here for it! 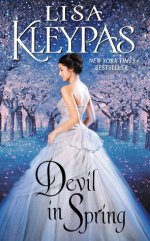 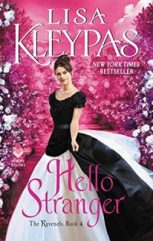